Join us for Viniyoga is haṭha yoga

Śri Krishnamacharya & Mr. Deśikachar were fundamentally haṭha yogis. Their teaching of Yoga techniques, particularly āsana and prāṇāyāma, is organized according to the principles of haṭha yoga. When we understand the goals and purposes of Yoga as expressed in the Haṭha Yoga Pradīpika it becomes easy to see how those are expressed in the teachings of Viniyoga. This is why we are hosting a three hour workshop exploring how Viniyoga is haṭha yoga.

This workshop is a pre-recorded event, and a recording will be made available in your Student Portal immediately after purchase.

A recording of the workshop will be available in the Student Portal immeditately after purchase.

You can expect a conversation surrounding:

Who is this for?

This workshop is ideal for the student who: 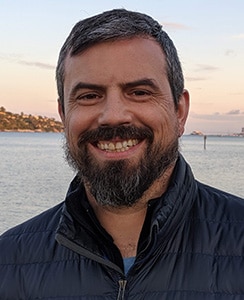 In 1991, as part of a study abroad program in Chennai, India, Chase took a semester-long course on Yoga Theory with Mr. TKV Desikachar that essentially set the direction for the rest of his life. He became a private student of Mr. Desikachar, who was his mentor and teacher for 20+ years.